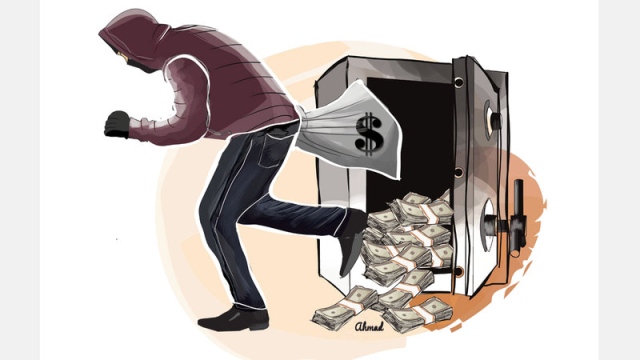 The Abu Dhabi Court of Cassation overturned the appeal decision punishing the creation of a gang of seven people accused of forcibly stealing a money exchange company, each with a five-year prison term, and decided to set up a hearing to announce the parties.

The prosecutor’s office accused the seven defendants of stealing money belonging to the exchange company of coercion and threats against company employees, in addition to forming a gang related to armed robbery, assault of the exchange office and threats of weapons, as well as the seizure of cash belonging to others, and flight from robberies.

The trial court ruled in the presence of the defendants one through five and in absentia against the sixth and seventh in order to punish each of them with imprisonment for 15 years and deportation from the state, as well as confiscation of the instruments used in the crime and the appointment of charges for them, therefore appealed the verdict, and the Court of Appeal decided in Abu. In this case, amending the appealed decision and simple imprisonment of each of the appellants for five years with the aim of theft by coercion and its support, for The fact that they are required to pay duties.

The appellants lamented the flaws in the case and the violation of the right to defense, because their defenders had to appear before the Court of Appeal in order to annul their confessions, because they were the result of coercion, but the appeal verdict turned away from their defense, despite its internal nature, which is erroneous and must be canceled.

You won’t know .. “See” the shocking photo of Angie Khoury before the plastic surgery, and this is her real name!