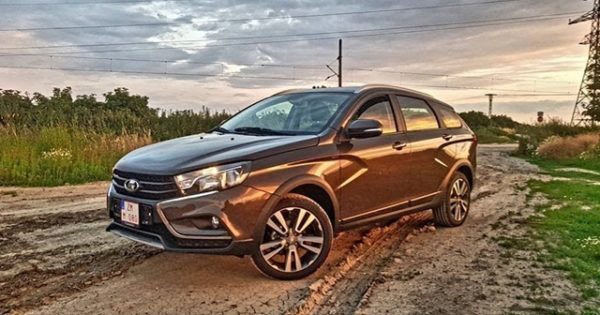 This is evidenced by data from the analytical agency Fokus2meuv. The Russian brand "Lada" is included in the list of the best-selling cars in the world.

Lada took the 48th position in the list of 50 world leaders in the automotive industry, rising by three positions compared with last year’s list.

Toyota was in the top of the list, with about 6.5 million cars sold. The second is Volkswagen, in which from January to September about 5.22 million cars were sold, and thirdly, Ford, which registered sales of more than four million cars.

RONALD IS WAITING FOR PUNISHMENT! Cristiano and his fiancee fled the city and committed a VIOLATION! The video is spreading widely on the Internet!

Fan of “Partizan” dies as a result of shooting in Startsevo

I ALSO WANT TO DIE, WHY LIVE MORE ?! I want to go to my loved ones: Eva Ras never ceases to shock! (PHOTO / VIDEO)