Viorica Dăncilă received the head of the European Parliament, Antonio Tajani, to the government. LIVE Statements 10.30 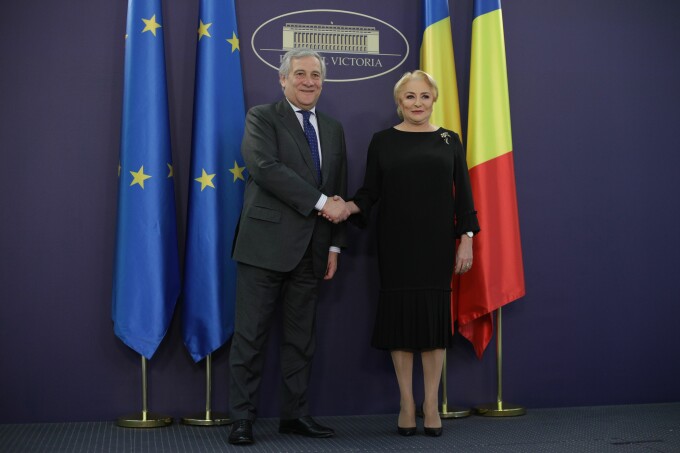 According to the program announced by the executive, Prime Minister Viorica Dentsil discusses with the head of the EP on the Romanian presidency’s presidency of the EU Council on January 1, 2019.

At the conclusion of the enlarged meeting, the head of Bucharest’s executive and the president of the European Parliament will support press statements.

Ads are sent to LIVE on PRO TV news and on Facebook ProTV News at 10.30.

“I want to assure you from the very beginning that Romania is ready to assume the presidency of the Council of the European Union. We are prepared both from an organizational and logistic point of view, but also from the point of view of the program that we have in order to take office. The last form of presidency in the Council of the European Union will soon be voted in the Romanian Parliament– said Dankile in the beginning of the meeting of the Conference of Presidents of the European Parliament and the Government of Romania, which will be held in the Palace of Victoria.

But the prime minister also did not agree in his speech. See HERE what he said

The Prime Minister welcomed the presence in Bucharest of the President of the European Parliament Antonio Tajani and the leaders of the EP political groups.

"We enjoy your presence here today at Centenar, in the year when Romania celebrates its 100th anniversary since the days of the Great Union. We are pleased to welcome you here during the first visit before the assumption of the post of President of the European Union by Romania on January 1, 2019 ", said Dăncilă.

The head of the Bucharest government said that during the Romanian presidency of the EU Council, many events will be organized in Romania, as well as in Brussels.

“We have a lot of events in all regions of the country, we have a lot of events in Bucharest, but, of course, in Brussels. The program has four different points: Europe cohesion, as well as the motto of the presidency of the Council of the European Union, which holds Romania, – "Europe shared European values", Europe security, increasing the global role of the European Union and, of course, promoting European values, said Viorica Dăncilă

Also on Wednesday a meeting of the Conference of Presidents of the European Parliament with the Government of Romania will take place, taking into account the assumption of the presidency of the Council of the European Union.

According to the executive director, the event will be attended by Prime Minister Viorica Danile, members of the Romanian government, EP President Antonio Tajani, EC General Secretary Klaus Velle and heads of 9 political groups from the European Parliament.

At the beginning of the meeting of the Cabinet of Ministers on November 15, Prime Minister Dentsile reiterated that Romania was ready for a successful adoption and presidency of the EU Council, saying that the action program was completed, according to Agherpres.

on Instagram News ProTV find pictures of the moment in the world!

CLICK HERE to install ProTV News for Android phones and iPhone for FREE! 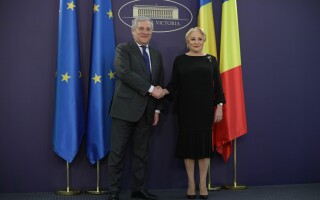