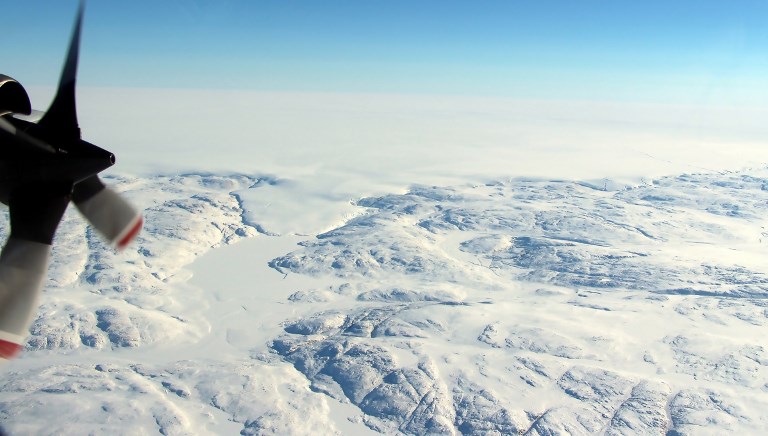 The impact of the meteorite produced a hole 31 kilometers wide and is located under the Hyavath glacier.

A giant meteorite hit Greenland at least 12,000 years ago, creating a larger crater than Paris, which was recently discovered under ice using a radar, researchers said Wednesday.

This is the first crater of this type found in Greenland, and the first found under a layer of ice. This is among the 25 largest on Earth, according to a study published in the journal Science Advances.

According to the researchers, the impact of this meteorite, which produced a 31-kilometer-wide crater and is located under the Hyavath glacier, could have significant consequences in the region and even on a larger scale.

“It is possible that the emissions emitted into the atmosphere affected the climate and melted all the ice, so this could be the sudden penetration of cold water into the Nares straits between Canada and Greenland, which would affect the ocean currents of all the regions,” said John Paden, co-author and assistant professor at the University of Kansas.

“The impact probably occurred after the formation of an ice cap in Greenland, but the research team is still working on accurate dating,” he said.

The discovery occurred initially in 2015 according to NASA, but since then a group of international researchers has been working to verify these observations.

“Until now, it was not possible to direct the crater directly, but his state strongly says that“ between the time ”the ice began to cover Greenland less than three million years ago” and “the end of the last It was glacial“ 12,000 years ago, ”explained Kurt Kjaer from the Danish Museum of Natural History.

Researchers plan to continue research to learn more about its dating and its impact on life on Earth at that time.

Exatln Mexico: Trouble in Titans! Two wounded will come out of the VIDEO

Some institutional investors withdraw their earnings when the bitcoin price falls