Tourist traps in Barcelona – space series and pocket wings do not hinder this place. 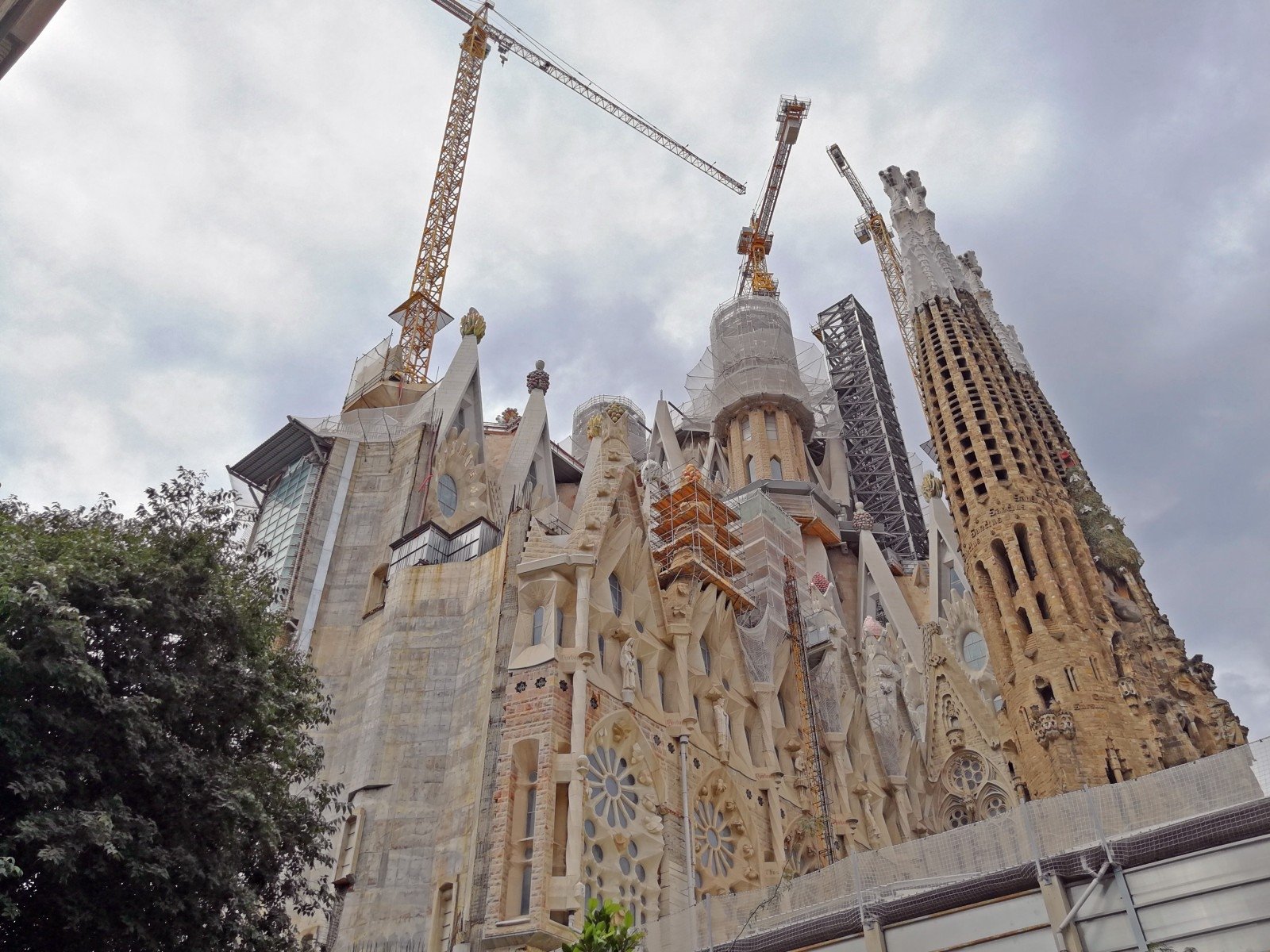 There are cities that love people and are interesting to them, but there are people who want to run to the other side of the street. Sometimes I can not even explain – just a connection or not. I immediately felt the connection with Barcelona.
Welcome to Barcelona … Gaudi Barcelona.

First of all, the headlines were taken from various articles and recommendations in a notebook. Then the addresses to which I switched to the card. And finally, I began to read plot stories. At the same time, I was even upset – did you build and built all of Barcelona, ​​Anthony Gaudi?

Perhaps not (actually not), but among the recommended visits of Barcelona celebrities will be guaranteed the work of his hands and mind. Do not accept this and you will not regret it. Yes, I did not regret it.

“If we go to Park Güell before the opening, that is. 8 o'clock in the morning you don’t need to buy tickets,” said the source. "Is free? Okay! "- Lithuanian kind of work, I did not even know how much the ticket costs, but if it is free, then it is 6:30 pm. I can stand up. We climbed into the subway in the dark, and we came out of the dust.

15 minutes of screaming why Google Maps leads some winding mountain path, although the description was promised by an escalator (later it turned out – the description is false). But without an escalator, we took 7.55 hours. We meet with the guards, and we leave without a ticket with three bus tourists from Asia (they also, apparently, on a sharp break).

If someone tried to say that Park Guell is not worth visiting, I can argue until the fall. I was impressed with this place. And considering that in the morning I was at 6.30 and had not yet had coffee – it's a big deal! Park Guell – a masterpiece of the famous architect Antoni Gaudi. 1900-1914 Created and built a private park – the city was never completed. 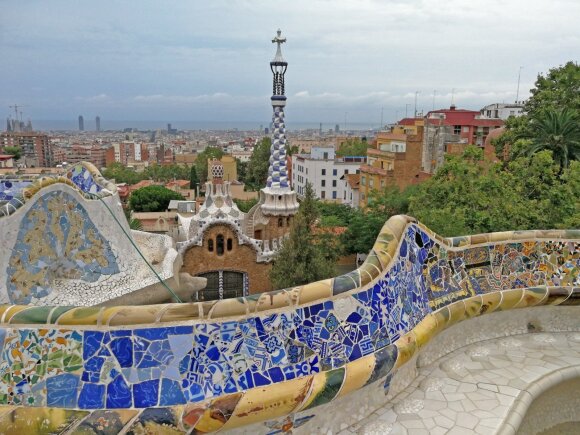 Later, in 1923, he moved to the city and was open to visitors. I'm trying to imagine how everything will look like if the project were completed. But to me, everything seems perfect. And so I think that not only I am one of the most popular and popular parks in the world and one of the best and brightest works of Gaudi.

Antoni Gaudi is a fan of natural forms, so when you walk in the park you need to turn your head, or it is a natural derivative or even a structure. Reaching the top, it’s really impossible to get a place where a photo is found in all publications in Barcelona. The bars, decorated with mosaic tiles, give me a more reminiscent view of the panorama of Barcelona. By the way, do not go on the benches – respect the work of the architect (and avoid evil security scenes).

They say that the park should be given half a day. We spent about an hour on the paid, most beautiful part of the park. The need for coffee to draw the direction of civilization, but we also asked for recommendations to climb the Hill of the Three Crosses in this park. In Vilnius, the three crosses are impressive, but the panorama that opens from the hill is not comparable. And this is just admiration for the rooftops, the horizon and the street maze. The sunset here has to be extremely romantic … 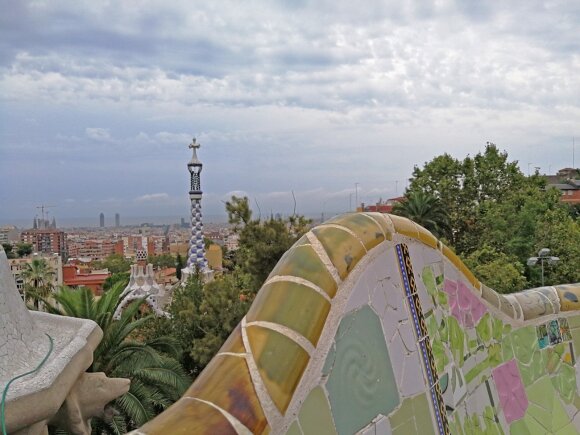 You will not miss Anthony … Cassa Batllo + coffee

“What did he smoke? I would like the same! – we laugh for the hundredth time of wisdom, standing at the tail of a kilometer row in Cass Batlo. This is another masterpiece by Antoni Gaudi, which undoubtedly needs to be visited in Barcelona. Only this time you cannot make a free call, and it is better to buy tickets online in advance – otherwise there will be many long lines in the queue …

Cashier Batlle makes us think about how you understand architecture, what is interior and what forms can be a table. Everything is different here. When you look, and it seems that the architect was really intoxicated, the audio guide explains that Anthony took the form of an idea from a sea horse or a huge turtle. The audio and video guide justifies the money paid for the ticket, because without them there will be more questions than answers. 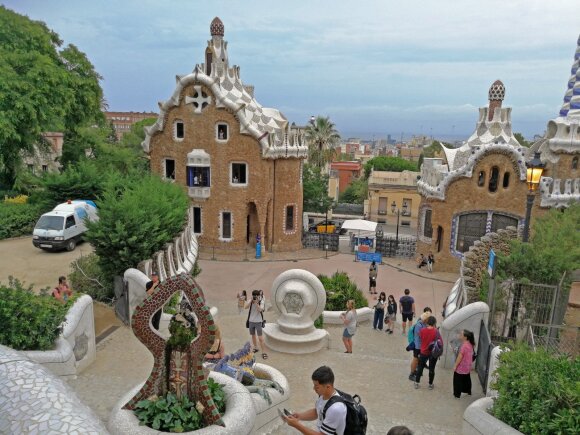 When you leave Kassa Batlo, you need time to “digest” the whole artistic masterpiece. The best place for this is the next entrance on the left – Faborit Casa Amatller. After the box office in the Chocolate Museum and Chocolate Shop, the most delicious hot chocolate, coffee and chicken rolls lurk deep inside the building. Nevertheless, the taste leans against the wall of natural flowers on the open terrace (I'm not sure that this place is a terrace, but true). Faborit Casa Amatller is stuck in a place where you can feel at home. 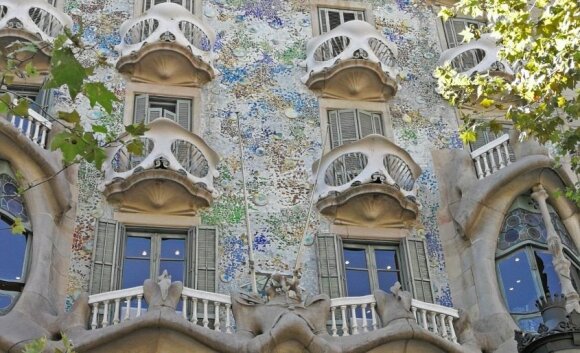 Small places in Barcelona can be called such huge tourist traps as the Sagrada Familia. The centuries-built church is designed … so yes, also by Antoni Gaudi. When you read stories about the main objects, it seems that Gaudi connected with all the nails. But unlike Park Güell or Casa Batllo, Sagrada Familia, I feel a reaction of rejection. Many consider it a tourist trap, and I would approve of it. A series of space churches, people and pockets in full and a feeling similar to the picture of Mona Lisa, instead of the beauty look at the growth of telephones and cameras in the sea.

However, one of the biggest attractions of Barcelona will fail – Sagrada Familia can be seen from high places on the bus or in the very center of the city. There is a small carriageway next to the church, so you can sit and watch the (un) construction. By the way, after returning from vacation, I heard that the owners received a fine, because the construction was carried out without a building permit. Ok, there is no other place in Lithuania, and I tell you to tear it down …

The works of Antonio Gaudi are numerous, and they can be devoted in a few days. And you don't even want to leave Barcelona. Thus, in the wish list, the line must again visit Barcelona. 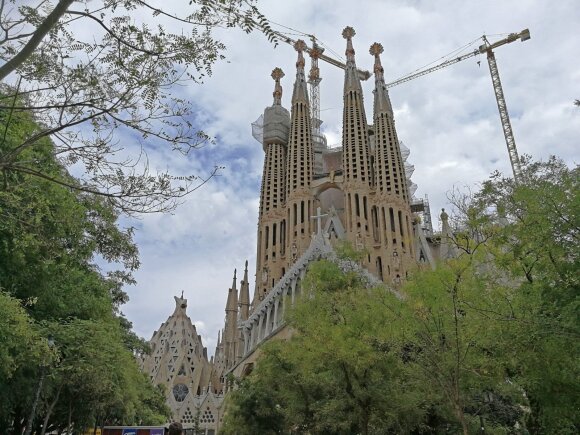 Additional texts of the authors are available on zavinta.lt

It is strictly prohibited to use information published by DELFI on other websites, in the media or in other places, or to distribute our materials in any form without consent, and, if consent is obtained, you must specify DELFI as the source.

We invite scientists to fight Covid-19: many cannot believe that this can help

Not only A. Navalnas brought the Russians out into the street, but the Belarusian scenario will not necessarily repeat itself

Roop has improved the record: so far no Lithuanian performer has succeeded – Žmonės.lt

The main reasons for F. Lampard’s dismissal are named.

News that could shake the astronomical community to its foundations: dark matter may not exist