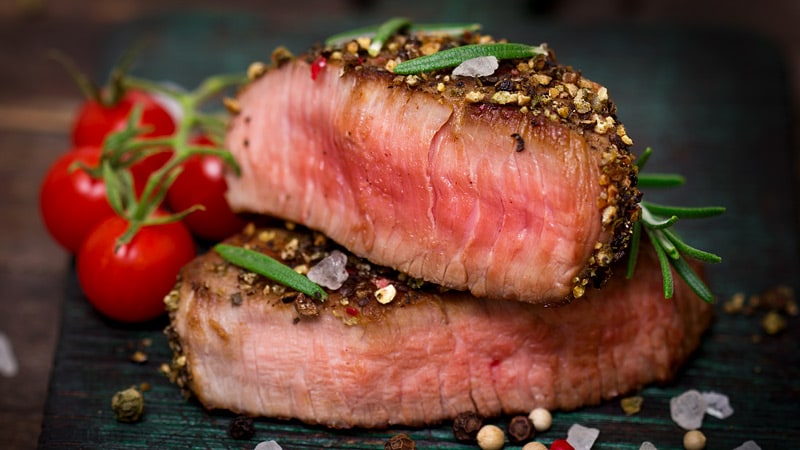 Consuming red and processed meat at current levels is safe according to guidelines published online today in Annals of internal medicine, the American College of Physician's flagship journal. The NutriRECS guideline is based on four systematic reviews that considered various data sources and health outcomes, including overall mortality, cardiac health, and cancer. But critics are already up in arms.

A spokesperson for the American Cancer Society (ACS) likens the new advice to saying it's safe to ride a bike without a helmet, despite clear evidence of the risk.

"It is important to recognize that this group reviewed the evidence and found the same risk from red and processed meat as have other experts," said Marji McCullough, ScD, RD, senior scientific director, epidemiology research, with the ACS, in a statement . "So they're not saying meat is less risky; they're saying the risk that everyone agrees on is acceptable for individuals."

The new dietary guideline, developed by a 14-member international consortium, suggests most adults can continue their current levels of unprocessed red meat and processed meat consumption with little risk to their long-term health. The conclusion runs counter to established US guidelines that recommend just one weekly serving of red and processed meat.

The consortium weighed the data from the health-related systematic reviews as well as one that assessed health-related values ​​and preferences around meat consumption.

"On the basis of these, we made a weak recommendation that most people need not reduce their red meat and processed meat consumption," lead guideline author Bradley C. Johnston, PhD, an associate professor of epidemiology and community health at Dalhousie University in Halifax , Nova Scotia, told Medscape Medical News. "We cannot say with any certainty that eating red meat or processed meat causes cancer, diabetes, or heart disease. "

Among 12 randomized controlled trials, the panel found no statistically significant or important association between decreasing intake by three servings per week and a reduction in cancer, diabetes, or heart disease. In addition, in cancer, for example, a review of approximately 180 cohort studies with millions of participants found a reduced risk of cancer ranging from 0.1% to 1.3% (1 to 13 fewer cases per 1000 people over a lifetime).

"The problem is, with low-quality evidence, there is considerable uncertainty as to whether the risk reduction is attributable red meat or other factors, such as higher smoking or alcohol consumption, lower socioeconomic status, or possibly adverse genetic factors," Johnston said .

According to Claudia Valli, MSc, of the Iberoamerican Cochrane Center in Barcelona, ​​Spain, and colleagues, people who choose to eat meat enjoy doing so and may be reluctant to change their intake. "Our results highlight the inappropriateness of assuming that informed persons would choose to reduce meat consumption on the basis of small and distant health benefits, particularly if the benefits are uncertain," they write.

In stark disagreement with the panel's conclusions, the Harvard T.H. Chan School of Public Health in Boston, Massachusetts, issued a statement calling the consortium's recommendations "irresponsible" and faulting its evaluative methodology.

"The GRADE criteria used by the authors were mainly developed for evaluating evidence from drug trials," said Edward Giovannucci, MD, ScD, a professor of nutrition and epidemiology at Harvard Medical School. "For dietary, lifestyle, and environmental factors, modified grading systems have been developed, such as hierarchies of evidence applied to lifestyle medicine," he told Medscape Medical News.

When asked about this, Johnston countered that the National Academies of Sciences, Engineering, and Medicine as well as 110 organizations recommend GRADE for dietary intakes.

An accompanying editorial notes that Valli's review on values ​​reveals nonhealth reasons for limiting meat consumption – concerns for the environment and animal welfare. "Both of these issues might be more likely to sway people," write Aaron E. Carroll, MD, MS, and Tiffany S. Doherty, PhD, of the Center for Pediatric and Adolescent Comparative Effectiveness Research at Indiana University School of Medicine in Indianapolis . "And if they result in reducing meat consumption, and some receive a small health benefit as a side effect, everyone wins."

Adidas rejects Speedfactories in Germany and the USA.