They refute the archdiocese – N. D. that Mitsotakis was informed by Jerome of an agreement with Cipro 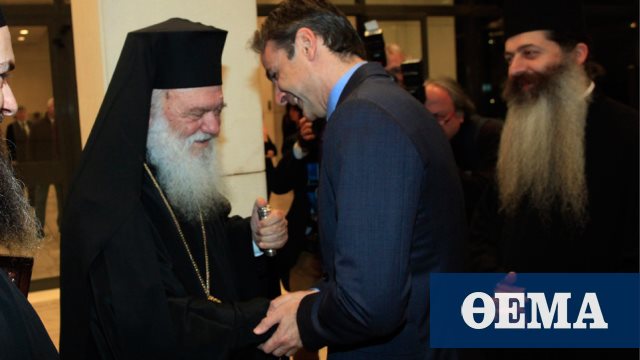 The sharp reaction and categorical refutation of the archbishop caused press reports, according to which the meeting was held Archbishop Jerome with the President of the Southwest Kyriakos Mitsotakis during which Mironimos informed the leader of the main opposition on the draft agreement.

The press service of the archdiocese “categorically refutes information and dialogues”, referring to publications, “about the meeting of Archbishop Jerome with the President of the Kyrgyz Republic Kyriakos Mitsotakis. Such a meeting, he emphasized, with this content has never been. "
Earlier, however, it was categorically that “the President of the New Democracy did not have information about the consent announced by Alexis Tsipras with the Archbishop Jerome”, appeared in THEME 104.6 spokesman for New Democracy, Maria Spiraki,

Responding to a question about what is mentioned in the Journal of Editors for meetings between Mr. Mitsotakis and Metropolitan of Piraeus and Archbishop Jerome, Ms. Spiraki replied that “I do not consider my appointments”, reiterating that “ND had no information that announced Tsipras-Jerome. "

He also said that “from the very beginning, ND stated that it did not agree with the change in the working status of the clergy only in order to elect the government to recruit, and we do not object to the use of church property”.

Discounts began, and Cosmote went crazy: what it announced

Survivor Drop 4: Anti Salagudi burst into tears and kicked Yeletsi out of the game

Hat 150 euros for a mobile phone from Britain