Questions about the filtering iron-steel complex 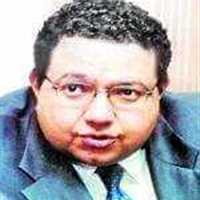 The decision a few days ago to dismantle the Helwan metallurgical complex caused confusion among the people and raised objections between commentators and independent parties, as well as part of public opinion. This is an important question, and the government deserves expectation not only with regard to this complex, but also in connection with the questions it raises in relation to economic policy.

I start by explaining that I try not to have a preliminary position on the sale or storage of public sector assets because I do not see that there is a strict principle to be followed in this matter, and there is no single sane policy, but rather it is a question. which should be governed by economic conditions, development conditions and practical conditions for each case. Separately. Therefore, the position of applicants for privatization does not convince me in all cases, and I am not inclined to those who see that state property is sacred and should not be touched in all cases.

From this point of view, the decision to liquidate the complex might seem logical and acceptable if we were not talking about a large and influential industry in other sectors of the economy, and that the government had previously announced its intention to develop public companies, and, most importantly, only looking at the “current snapshot” is not enough. …

By “current plan” I mean that this subject is presented in terms of the fact that the metallurgical complex incurs annual losses of one billion pounds, that it cannot compete, and that the number of its employees exceeds seven thousand five hundred people at the time as activities require only half of this number … This leads to one logical conclusion that it is necessary to eliminate this unprofitable activity instead of continuing to drain the resources of the state.

But relying only on the “current shot” is similar to the case of a contractor who looks at an old building with crumbling walls, old iron and destroyed ceilings, and ends up having to be dumped and sold for scrap and rubble, and in this he is right. But what our contractor friend doesn’t tell us is: Was the degradation inevitable? From the start, or was the architecture salvageable with some maintenance and upgrades? And did the inability to leave her under the influence of erosion factors really prevent her from this inevitable fate? And was there any hope to save her if her shortcomings were eliminated, or was waste and the sale of rubble the only alternative ?!

Likewise, I have no doubt that continuing losses in the metallurgical complex as they are today are not an acceptable situation and require certain actions. But before deciding to liquidate and convincing the public of this, the government must answer a number of important questions:

Was it inevitable for the connection to reach the current state in which it suffers such large losses annually, or could the situation be corrected?

What are the reasons for the large and cumulative losses that require liquidation, are they structural causes with no hope of reform, or mismanagement that can be corrected, or a lack of funding that can be managed, or an excessive increase in the number of workers that can be dealt with through an early program retirement that preserves their rights and continues the complex?

Why is the private iron and steel industry profitable, while the public sector only bears losses?

What other alternatives were considered and explored prior to the liquidation decision, and what are their indicators and expectations that made them inapplicable?

What method of liquidation will be implemented (other than what was briefly announced) and does the sale of the assets of the complex include “scrap” or manufactured equipment? Will his huge land be used only to pay off debts or to sell to other investors?

What is the impact of the liquidation of the complex on industrial and construction activities in Egypt? Is the only effect of stopping the leakage of losses of the complex, or are there structural effects as a result of the withdrawal of these production facilities from the market and the cessation of state activities?

The government should address this issue in a way that goes beyond simply describing the economic situation that the metallurgical complex has become today, and be aware that this raises public concerns beyond the previous privatization or liquidation of commercial shops, tourist hotels and normal activities, and that public the opinion deserves this clear and detailed statement. Because worries and reservations will not go away after the implementation continues.