He crashed and killed a pedestrian, then he lit the car. The driver was drunk and had a gun 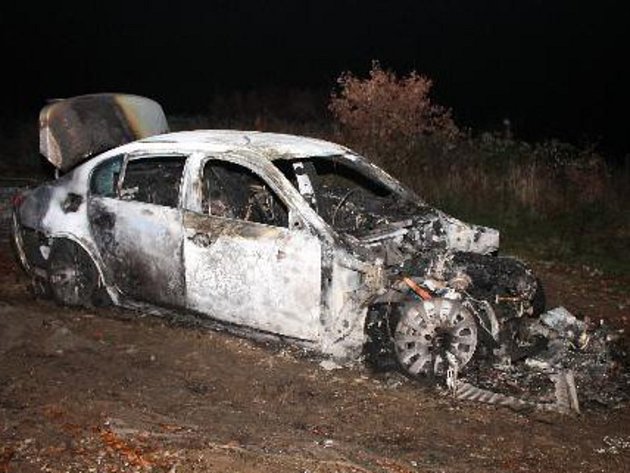 Brno. A light car collided on Wednesday afternoon after five o'clock on Frichazhov Street in Brno. He knocked down. The driver left the accident. The police still held the suspect today. “The 44-year-old was detained under the influence of alcohol. The device showed a value of almost two milliseconds. The drug test was rejected by the man. In addition, during a security visit, colleagues found that he was armed with short firearms, ”police spokesman Bohumil Malasek said on Thursday.

A 25-year-old pedestrian caught in a silver BMW crossed a busy road outside the crossing. “The car has a damaged front and its registration plate starts with 4B8,” said Malashek shortly after the accident.

About an hour after the accident, the police received information about the fire of a car of the same brand, color and initial letters of the registration plate near Utehova in Brno. “Then we managed to detain the person who used the car in the village,” Malashek said. Only the police suspect that he knocked and killed pedestrians.

During the investigation, the criminals also discovered that the detainee did not have a firearms license and that the weapons were not registered. “He finished in the chamber. To study the case, we welcome information about witnesses or recordings from cameras or security systems about the movement of a damaged BMW 530 car, ”Malashek added.

According to the information received so far, the police had to head the car from the accident site in Brno to Adamov, and then to Utehova. “We are still working on this case,” said Malashek.

The police also find information about whether the driver was in the car himself or with other people.

Maybe this time he will land. The next test of the new spacecraft will take place soon

Immunity against recurrent covid infection is hidden in the gut. And it will last an unexpectedly long time, the study showed – ceskatelevize.cz/ct24

All parties of Colonel Gusak. The Police Chief of the Teplice Party has made an excellent career Home