Piñera defends Chadwik, but the opposition calls for political accountability in the Katrilliancy case | National 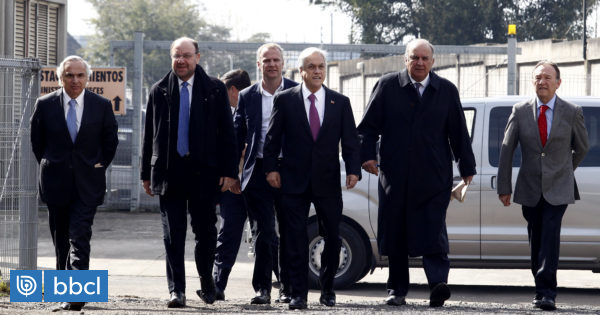 President Sebastian Pinera fully supported the Minister of the Interior and Public Security, Andres Chadwick, all in the midst of the resignation requests that were made in connection with the serious events that Carabineros was holding.

In addition, the President was frank and stressed that the responsibility for manipulating evidence in the death of Camilo Katrilyanka is limited to police officers who have already been dismissed.

The previous one, recognizing himself — by Chadwick’s own voice — that the Carabinieri who participated in the operation, where they killed Katrilyanka, destroyed the recordings of their cameras and lied about it.

The crisis, which meant the loss of 4 officials and the resignation of two high-ranking commanders from La Araucania, meant distancing the president from the press, which usually covers his activities. The above, in the framework of the visit that Piñera made in New Zealand.

Only after the press conference, the president withdrew with the Prime Minister of New Zealand, who spoke about the situation in Chile and fully supported his vice-president.

“People who made mistakes, hid or hid the truth, have already assumed their duties as a general, a colonel and four policemen,” he said.

“I want to remind my compatriots that this is a position of exceptional confidence of the President of the Republic and the Minister of Internal Affairs and public security, I fully trust,” he said.

Then Sebastian Pinera said that it was his administration who turned to the Carabinieri with a request to submit a summary in order to establish possible responsibilities.

Finally, the president said that, despite what happened, they will continue to work with the Impulso Araucanía plan and do not rule out visiting the area in the coming weeks.

Despite the security of the government, the opposition criticizes the actions of all the authorities involved in the events, and demands that political responsibilities be defined.

“The government has undoubtedly accepted the thesis of Carabiner in the murder of Camilo Katrillian. The lack of credibility damages the recovery of the trusts. Responsibility is not only the police, but also political, ”said Alejandro Gillier, for example.

“It is very unlikely that at such a critical moment Carabineros did not record what happened there, and that it destroyed the memory card, it takes away all the trust from its speech and version. This affects people Mapuche, people not related to Mapuche and the region, ”said PPD deputy for La Araucanía, Ricardo Selis.

“It is not enough to dismiss four officials, the government and the carabineers must take responsibility for using violence as a means of solution. We ask the government to put aside its stubbornness and overestimate the Araucania Plan, since it is in effect today, the strategy of carrots and sticks cannot be applied, ”said Claudia Mix, frontman.

In addition to the Minister of the Interior, another crudely interviewed figure resembled the mayor of La Araucana, Luis Mayol, was criticized for his statements during the days of uncertainty.

Who heads these questions is Camilo's own father, Marcelo Katrillanca: “We ask the minister that he is in good faith and that the government can say that justice is being done here, (…) must leave and with a larger share of the mayor of the region (…) the governor also bears a great responsibility. ”

“Here the great culprit is the mayor of the region, the main culprit of which is the minister of internal affairs. Because in the first case, he said that my son was a thief, a criminal, therefore we do not like it, and I think that now it is not appropriate that the government can retreat today, ”he complains.

Verkun of the Council of All Lands, Aukan Huilkaman, also pointed out his criticism of the mayor of La Araucanía, Luis Maïol: contradict the world in La Araucania. "

Is the audiovisual and concept preview of Godzilla vs. Kong short but interesting?

The sports medicine topical pain management market provides in-depth insight into sales, revenue, analysis of growth drivers and upcoming trends, opportunities by type and application through 2026 based on industry research