CASA 212: Rodrigo Cabeson's widow will appeal to the government, which determined that the tragedy was "due to the weather" | National 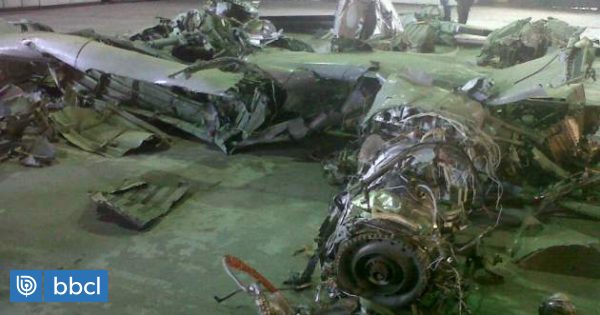 Marcela Marchant, the widow of Rodrigo Cabezon, the TVN operator who died in the tragedy of Juan Fernandez, announced that they will turn to that it was found that the crash of CASA-212, where Felipe Kamiroaga died among other people, was provoked by "weather".

In an interview with Trasheshe on Radio Bio Bio, Cabezon’s wife referred to the decision taken today at the Third Civil Court of Valparaiso, in which it was found that there was no shortage of service in the AHF and, therefore, the state Millionaire claims of relatives of the victims were dismissed.

In this regard, he noted that “The decision surprised us, obviously, this is a difficult, difficult situation”and then added that “you need to feel willing to receive news of this type.”

“Family members have always encouraged members of the Air Force to contribute to all of the anomalies that occurred on that day of the accident,” he said.

"We believe that this verdict is not the one that fits, because it departs from reality."

He added: "This is not an accidental case, since from day one we have a complete conviction that could have been avoided … the accident is associated with poor planning, the lack of protocols, the inability to ensure a good condition of the trips."

When asked if they would appeal the decision of the court in Buenos Aires, Marshant answered clearly: "Yes, of course, it is in the hands of lawyers."

Meanwhile, regarding the possible responsibility of the pilots, the operator's widow indicated that "for us they are part of the victims."

"Belonging to such a hierarchical institution it is impossible that responsibility for them falls, the pilots were not sent alone, ”he said.

As mentioned, Judge Andrea Santander Guerra rejected the withdrawn actions and it was determined that the plane was damaged. He threw himself into the sea due to the climatic conditions recorded by the sector during landing.that was not predictable for pilots.

"In the case of marras, it is believed that these requirements are met, since the crash of the aircraft was related to the span made at the height of the canal located between the islands of Robinson Crusoe and Santa Clara, and weather effects wind shear or wind shear, the control of the same was lost, which led to the fall of it at sea and, consequently, the death of all its inhabitants ”, indicates part of the failure.

The criminal with the most economic crimes in Chile was arrested