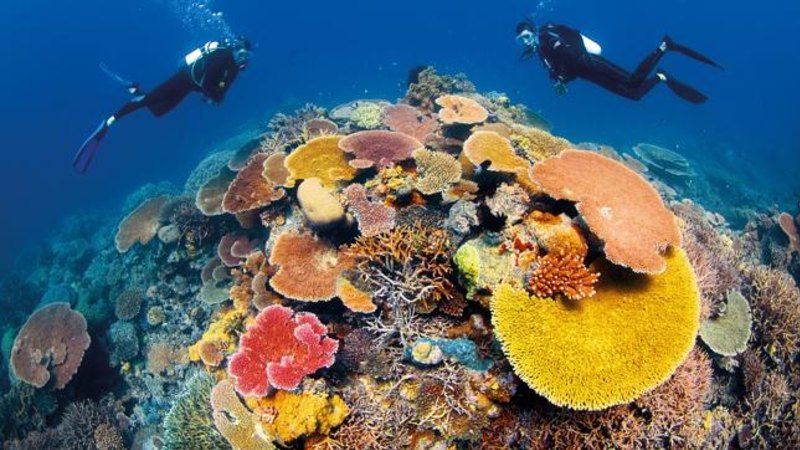 The Great Barrier Reef has been a UNESCO World Heritage Site since 1981.

In 2015, UNESCO “noted with concern” the completion of 2014 Great Barrier Reef Outlook Report that “the overall forecast for the facility is poor, and that climate change, poor water quality and the impact of coastal development constitute a serious threat to the health of the facility.”

He praised actions to ensure by 8025 a reduction in pollutant emissions on the reef by 80 percent and a "commitment of initial additional investment of $ 200 million" to "accelerate progress in improving water quality."

GBRMPA in 2019 Great Barrier Reef Outlook Report said the main threat to the reef at present is climate change and its impact on the warming of the oceans.

He lowered his future from "poor to very poor."

In July 2019, the Office of the Great Barrier Reef Marine Parks issued this rude statement: “Only the most decisive and quickest actions to reduce global greenhouse gas emissions will reduce risks and limit the impact of climate change on the reef. Further exposure can be minimized by limiting the global temperature rise as quickly as possible and quick action to increase reef resilience. ”

Imogen Zethoven, director of strategy for the Australian Marine Conservation Society, said the report, which will be discussed by ministers, contains details on 2019. Great Barrier Reef Outlook Report GBRMPA.

Ms. Zethoven said the ministers will discuss the “report card” and then “sign” the progress that has been submitted to the UNESCO World Heritage Center, which serves as the secretariat of the World Heritage Committee.

“Next year, the committee will monitor how Australia protects the Great Barrier Reef,” she said.

Ms. Zethoven said that, despite a number of good efforts, Australia urgently needed to reduce its carbon footprint because there would be another coral bleaching event.

“This problem has not disappeared, and so, whether this summer or summer after that – this question will not disappear – so what exactly is the government doing?”

Tony Moore is a senior reporter for the Brisbane Times.