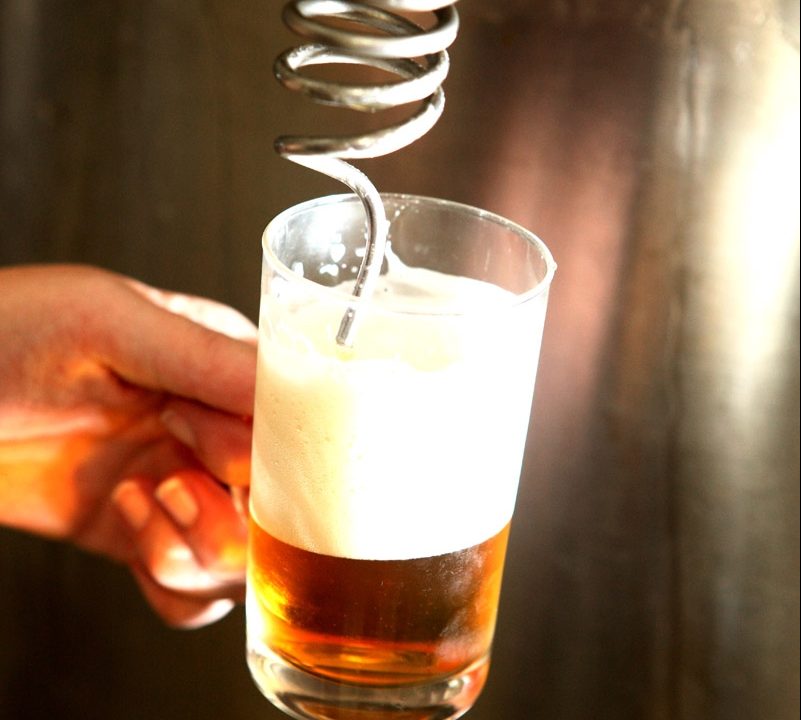 SAN PAULO – The main corporate news event at the Tuesday session (19) is the change of command in Ambev since 2020, with the departure of Bernardo Paiva and the entry of Jean Zhereyssati Neto. Petrobras also announced a 2.8% increase in gas prices after more than 50 days without adjustment. See more highlights:

Ambev said that starting January 1, 2020, sales and marketing executive director Jean Zhereyssati Neto will take over as CEO of the company, replacing Bernardo Pinto Paiva, who decided to leave the company and keep track of personal projects. Paiva has been with the company for 30 years.

Since 2020, Jereissati Neto will accumulate the positions of CEO and Director of Sales and Marketing.

According to Ambev, Paiva will work with Zhereyssati on the transition until the end of February 2020. Then she will play in personal projects.

“Ambev Brewery expresses its gratitude to Bernardo Pint Paive for his nearly 30 years of dedication to the company where he left, along with many friends, an invaluable legacy of leadership and excellence, and wishes him success in his new journey,” the statement said. Fernando Tennenbaum, CFO and Investor Relations Director.

In a note, Credit Suisse noted that Paiva has done an excellent job with the company so far, but they appreciate the exchange of opinions, as Jereissati has experience in ABI China / APAC North and a success story in the premium segment, as well as being head in Brazil.

Petrobras, after more than 50 days without adjusting gasoline prices at refineries, announced a 2.8% increase in fuel costs.

Petrobras announced last night that it is monitoring its international parity policies. The representative of the importing companies accused the state of freezing gas prices for 53 days and diesel for 18 days, which would impede competition in the market.

However, the oil company claims that "the parity price is not an absolute value that is unique and equally perceived by all agents."

In addition, according to Petrobras, its pricing policy also takes into account market share, not just fuel and exchange rates. “Actual import values ​​vary from agent to agent depending on characteristics such as trade relations on the international and domestic markets, access to logistics infrastructure, and scale of operations,” the company said in response to Broadcast. State group

The oil company also states that, contrary to the claims of the Brazilian Association of Fuel Importers (Abicom), import by third parties continues to occur, which, according to her, “underlines the economic viability of imports by efficient market agents.” ,

Hapwida reached an agreement of $ 19 million to acquire a 15% stake in Agemed Saúde’s client portfolio, concentrated in the Joinville, South Carolina region, with approximately 12,000 residents.

Hapvida already has about 23,000 lives in the region. The final purchase price may be adjusted as a result of any reduction in the average monthly income of the portfolio.

The Bank of Brazil officially issued on Monday the departure of Marcelo Serfati from the board of the institution. He joined the board of the National Bank for Economic and Social Development (BNDES).

The founder of G5 Partners, a private equity investment fund, Serfati came to the development bank to help and accelerate the asset sale process, which was still lacking.

The broadcast column says that BNDES has hired Bradesco BBI (leader), BTG Pactual, BofA, Itaú BBA and UBS to coordinate the new JBS stock offer in its stock portfolio. Since the bank owns 21% of the securities of the refrigerator, an additional offer is required. The proposal is expected to be evaluated in early December.

Klabin paid in advance the financing that he held at the National Bank for Economic and Social Development (BNDES) in the amount of 2.4 billion rubles. The object of financing this liquidation was concluded in 2014 in the framework of financing the Puma I project, the financial costs of which exceeded the average costs of the Company and averaged 31 months.

“This transaction is another step in Klabin’s success in managing liabilities throughout 2019,” the company said.

Tenda has announced that it will pay interim dividends totaling 15.353 million rubles, which is equivalent to 0.157966133 rubles. Per share, taking into account the position of 97 195 141 shares, using the accumulated net income balance for 2019.

Shareholders will be eligible to receive shares on the base date November 22 (inclusive) and will be traded in “former dividends” from November 25. Dividends will be paid from December 4.

Companhia Paranaense de Energia (Copel) announced that at an auction to purchase energy to stimulate solar and wind energy (open call 07/2019), held on November 13, 121.6 medium MW contracts were concluded for 15 years, with the start of supply in January 2023

The winning projects of this public competition participated and sold energy at auctions A-6 and A-4 of the Ministry of Mining and Energy. The company also said that the purchased energy was sold to customers of Copel Energia.

Become a member of the best companies in the stock market: open a Clear ZERO account for brokerage