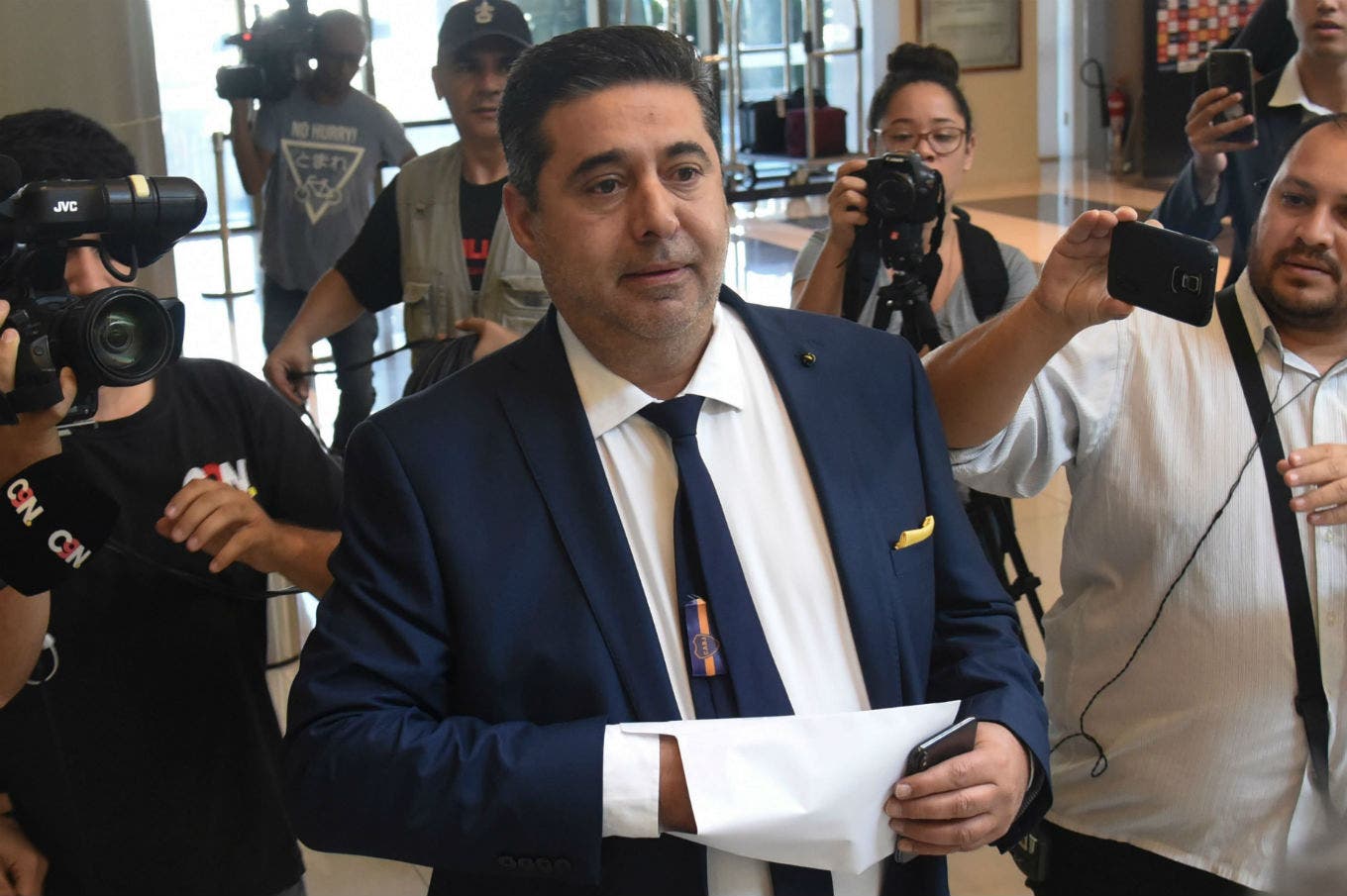 The world's longest finals take decisive hours. The decision of the Disciplinary Tribunal, expected this afternoon or early Friday, will have the effect of a spill: it can determine that

is a new champion

Or that title should be settled in court.

In this case, the Xeneize club will be at a crossroads: does it turn to the Conmebol box office and send the team to the chosen city for the game? Or do you bet everything legally and risk a fine that prevents you from participating in international tournaments for the next few years?

On the way to the tables, in addition, it is possible to enter the Court of Arbitration for Sport (TAS), although files usually take from three to four months. In the middle, the party, the undefined place, the defense represented

Yesterday and a sports show, which is also a multi-million dollar business.

1 | What can happen to failure

Eduardo Gross Brown (Paraguay), Amarilis Belisario (Venezuela) and Cristobal Valdez (Chile) on Monday published a file compiled by the secretary of the Disciplinary Group on the Boca suit. The club on Sunday presented a 20-page document, which described in detail the aggression incurred by the bus in which its players were nearby and the entrance to the river’s stadium. On Tuesday, Boca expanded documentary evidence by another 26 pages, and the video was completely full. The decision was postponed because the river had to respond to this extension. And just about 18 years ago, the court got access to the millionaires club answers. If the resolution requires a game, Boca points to the Court of Appeal. It is assumed that if there is an appeal, it will be resolved between December 6 and 7. If the result for Boca is negative, you are unlikely to have one (or two, if the game is scheduled for 9) days to decide whether to play or not, with all the logical problems resulting from this.

"There is no chance that the game will return to Argentina," insisted yesterday from the headquarters of South American football. All this after the national government and the city of Buenos Aires again asked to hold a meeting at its original headquarters. It is clear that the final will leave Argentine territory. Genoa (Italy), Miami and New Orleans (USA), Belo Horizonte and Sao Paulo (Brazil) are some of the cities that offered to get a match. Only two candidates remain in the race for a failed final: Doha (Qatar) and Medellin (Colombia). If both fail, plan C Asuncion del Paraguay.

Doha brings financial muscle and political affinity. A significant increase in prizes and the possibility of transferring fans and teams to the airline, which is the “sponsor of the tournaments” Conmelbola, are their points in favor. Its main disadvantages are the distance and cost: the return ticket to the capital of the emirate ranges from 80 to 120 thousand dollars. Medellin, on the other hand, is much closer. The relationship between Alejandro Dominguez and Ramon Yesurun (President of the Colombian Football Federation) is excellent. “Colombia gives us certainty: people respect their security forces, and they have a very good football association,” they said yesterday from Conneboli headquarters.

Last night, the Nunes Club responded to accusations in Boke. The axis continues to be the club’s lack of responsibility in a failed police operation. To be clear, remember that the incidents did not occur "neither at the stadium" nor "elements abandoned by a partner." The argument of the river is that the operational was so chaotic that he had to resign from the city minister (Martin Ocampo, about security). In his statements yesterday, President of the River Rodolfo D Onofrio stressed that Consumbol had organized a security operation on Saturday at Monumental. It was a message for the Confederation. And, also, a way to reinforce that the club has nothing to do with incidents, a key point that will be assessed by the Disciplinary Tribunal.

The river will have to return 100 million dollars, which she raised for the decisive game. You can even subject yourself to the requirements of your partners. He also allocated $ 20 million in two unsuccessful security operations. Red numbers can increase even more if the match is not contested: there will be a champion on the tables who deserves his prize, as well as the runner-up. The one who is responsible for their payment is Konmeball. What happens to the television rights that Fox has? This may be another requirement at the door. It was the last game of the contract, which also ends. Conmebol starts a new sales cycle in 2019 and signs new agreements for its Libertadores (Fox and Facebook) and South America. Channels from abroad (Europe, Asia), which have bought the rights to broadcast, will also have the right to demand compensation.

Boca is optimistic about the decision of the Connebra Disciplinary Panel. At the club, they believe that today, in Asuncion, they can announce the disqualification of the river and declare him the champion of the Copa Libertadores. Thus, that was never in the plans of anyone, but that before the acts of violence, transferred on Saturday after the arrival of the micromachine with the campus to Monumental, are part of the regulation.

Club attorneys believe that the arguments are for this scenario. Not only this. Brandsen 805 is convinced that if this episode occurred in the eighth, fourth or semi-final, Boca has already moved on to the next stage. But what are the economic interests that are involved in the latest attempt against the use of common sense.

In this context, and remaining able to exhaust the judicial authorities in the event of a refusal of the application, Boca also knows about everything that he received from Saturday to today. It is a fact that the final will not play in the Monumental, with which the River will not be able to play the game before the public. You will have two opportunities to win Copa Libertadores: first in court, and if the result is negative, the requirement will continue along the legal route. And besides, he made Connebol clear about his continental power. Since kenesing is not the only one in this battle, there are many weighty clubs in the region that have sympathized with their requirements: Palmeiras, Gremio, Cruzeiro, Atletico Mineiro, Peñarol, Deportivo Cali, Olympia and Cerro Poreno.

On the side of the players, they feel that they have no choice. The fact that as employees of the club they will comply with everything that the leader decides. Although the discomfort is enormous because they believe that it was not understood how serious what happened on Saturday was.

As for the early statements of Rodolfo D Onofrio, the position was to remain silent and that Angelica did not answer, under the historical phrase of the paradoxes of life, Napoleon Bonaparte: "Never interrupt your opponent when you are mistaken." The subsequent apologies of the river president were interpreted as understanding that he had lost the dialectical battle.