Home / argentina / IDB warns that pension systems are not supported

IDB warns that pension systems are not supported 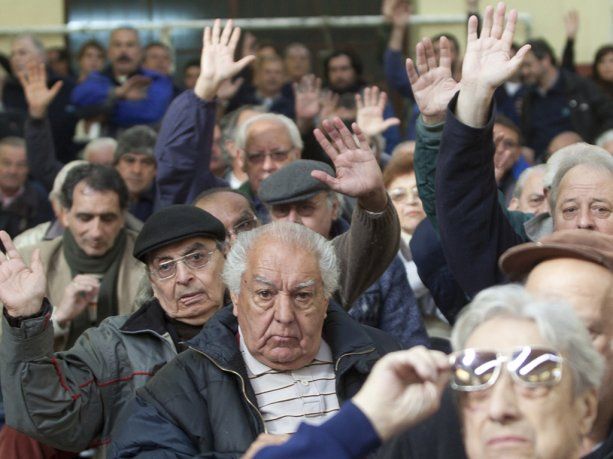 The issue of pensions returned to public discussion, knowing the letter of intent of the agreement reached by the country with the International Monetary Fund, which states that the government intends to move ahead with the reform of the system. Experts believe that the regime in Argentina he has no support, since it is calculated that for every pensioner there is only 1.5 participantswhen the ratio between assets and liabilities should ideally be three to one.

In the publication The Present and Future of Pensions in Latin America and the Caribbean, the IDB states that the countries of the region “Not ready for the scenario of rapid aging of the population in front of the region where it is expected that by 2050, every fifth person will be over 65 ”.

According to the publication, government payment systems like you go to be generous with contributing workers throughout their lives, sometimes causing damage to those who trade below a minimum of years for a pension (from 10 to 35 years).

In these systems, The state subsidizes a significant part (about 44%) of the average pension who receive contributions throughout their working life. “In Latin America and the Caribbean, they are higher-income workers who generally contribute more years. For this reason, high pensions are finally provided to workers with higher incomes, sometimes leaving low-income workers without a pension, who did not make the necessary contributions, ”she notes. Mariano Bosch, chief specialist of the labor market department of the IDB.

"In the absence of changes in the structure of benefits, demographic pressure will make the system more generous with individual, but more expensive for the state "says Bosch.

Public pay-as-you-host systems are designed to be generous with employees who contribute throughout their working life, sometimes harming those who contribute to a minimum number of years

On the other hand, individual capitalization systemspresent in countries like Chile, Colombia, Mexico and Peru, among others, offer a replacement rate of one 40%, that is, the amount of the pension received is less than half of the last wage every employee.

“There is a myth that Latin America and the Caribbean is a young region, but the reality is that is aging much faster than the rest of the world "as he explains Carmen pagés, head of the labor market department of the IDB.