Home / argentina / BCRA will estimate in December, if the exchange group increases by less than 3%

BCRA will estimate in December, if the exchange group increases by less than 3% 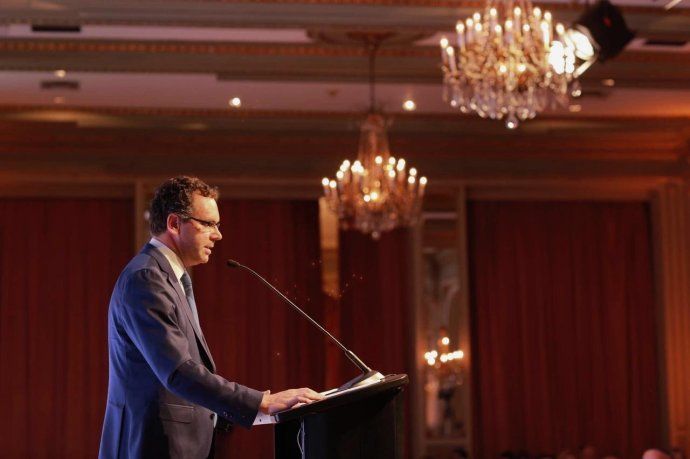 The zone of non-intervention was initially determined between 34 and 44 pesos per dollar, with a daily update of 3% per month. The Committee on Monetary Policy during December will determine the rate of updating of this zone in the first quarter of next year. This update rate should be lower than the current.

“The meeting of the G20 Presidents is taking place in a difficult time for our country, we are experiencing a recession, and in recent months we have faced an acceleration of inflation and a sharp depreciation of our currency,” he said at the opening speech of the Council of America businessmen.

Sandleris evaluated the different stages that led to the exchange rate and the inflationary crisis this year, and considered: "Three elements led us to this situation: inherited economic imbalances, global and internal shocks, and our own mistakes."

“The main element of this scheme is the commitment to increase the monetary base to zero until June, seasonally adjusted in December, which is strict, clear and easily verifiable, and we expect it to be effective in fighting inflation. the lag is also quite simple: the economy should not be overweight, " contributed to the BCRA strategy.

“As for the external sector, in September the trade balance surplus was recorded for the first time in 21 months, and the result remained positive in October. During these two months, we also saw a significant reduction in the purchase of dollars by individuals and companies. They reached their lowest level after the cancellation of the exchange rate in December 2015 " and concluded "In short, the flow of dollars has been canceled."

Three elements led us to this situation: inherited economic imbalances, global and internal shocks, and our own mistakes.

Regarding future strategies, he explained: “We are fully aware of the risks facing our economy, we will only increase the monetary base, if conditions allow, in particular, December is a month of high seasonality of demand. Therefore, our monetary base target is 6% above, however, just as we exceed our goal of the monetary base in previous months, we will also do it in December, if we see that the increase in the demand for money is not the one we planned.

Speech by Guido Sandleris on the Council of the Americas.pdf